How to easily and quickly spot a leaky toilet and stop a water billzilla.

A water leak from your toilet can be trouble, for both the property owner and the tenant. It is something that if left unattended, can become costly and very inconvenient at the same time. It’s important to know that most tenants are responsible for the water bill according to what is stablished on their lease. Also, depending on the situation, if a water leak occurs, tenants might also end up becoming responsible for the extra water usage that goes over the standard bill in the case of a non-reported leak. This extra amount can ascend to hundreds and even thousands of dollars, depending on how bad the leak is. 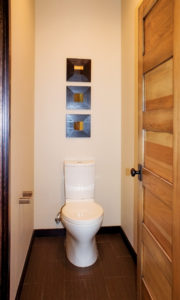 A water leak can drive up your bill to even thousands of dollars.

So, in order to help you prevent having to deal with a billzilla attack, I’d like to give you a few short tips you can use to detect and handle a water leak from your toilet.

We hope this helps for you to be able to better manage your toilet and issues that arise in regard to a leak coming from it. Remember, the more you pay mind to these type of things, the less likely you run the risk of incurring any extra expenses or inconveniences that come along with them.